This site has lots of good pictures of morels, but many are quite small. So I made this photo gallery in order to show close-ups.

These mushrooms are found in most regions of the United States, from my little corner of New Hampshire to California. The Midwest and Great Lakes region are the best places to find them, and the deep South and Southwest desert region are the worst. They do not flourish in extreme heat!

Yet they’re found in other parts of the world as well, including many parts of Europe. They’re are a delicacy in France, and you can also find them popping up in Italy, Germany, Austria, Poland, and many other European countries.

This is a mushroom that gets around, yet so many people still have trouble finding them! If you’re looking for these mushrooms, check out my pages on the sport of mushroom hunting and then read some morel mushroom hunting tips.

Once you’ve found them, you’ll need to learn about cooking and get some delicious recipes.

Below are pictures of these famous fungi from around the United States and Europe. These photos will give you a better idea of what you’re looking for!

This is the first morel photo gallery of three. You can find more pictures by clicking on one of the links below. 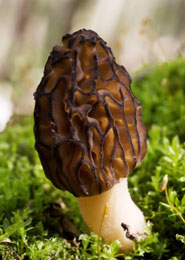 Mushrooms from America and Europe 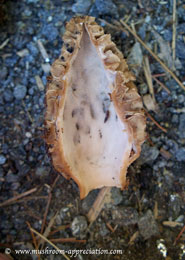 The Science and Hunting of Morchella 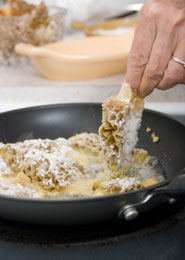 lose-ups While Cooking and Cleaning

And now on to the pictures….

Morels in the United States 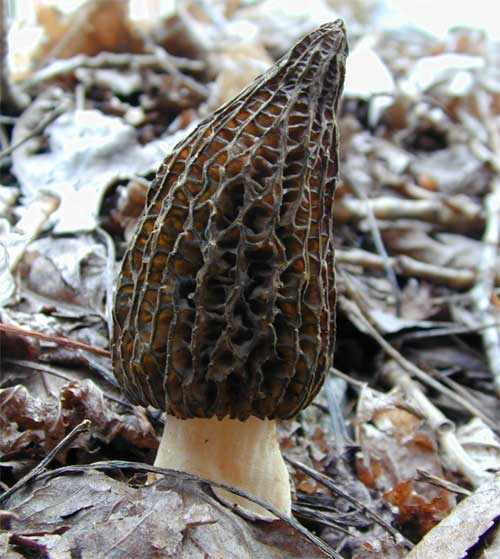 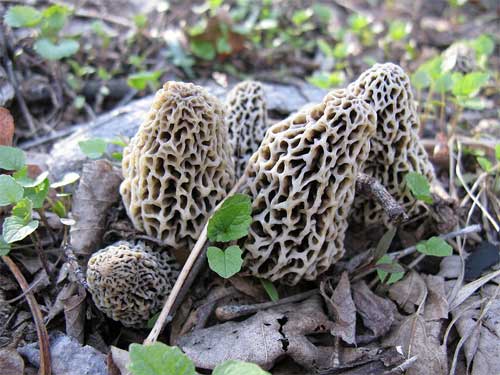 The two pictures above were taken in the United States. The top one is of a black species, taken somewhere in Oregon.

The bottom picture is a little trickier. This mushroom picture was taken in West Virginia, and was described as a “white”. Whites usually turn out to be some species of yellow, but without DNA evidence it’s hard to say! (Regardless, it’s a wonderful pic). 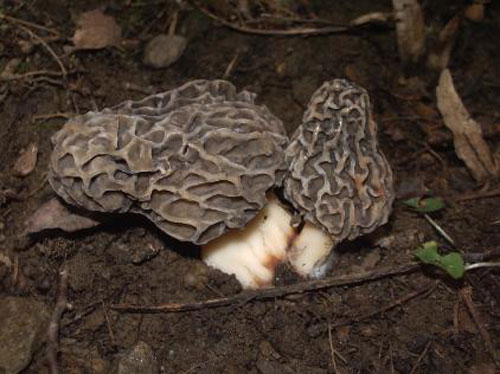 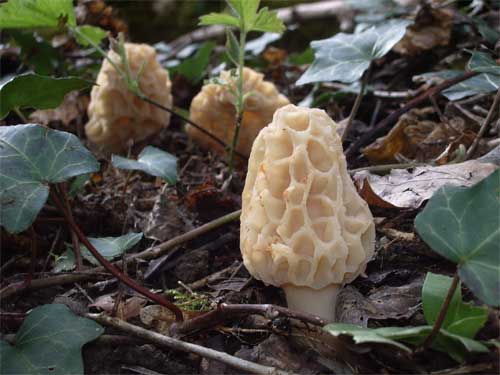 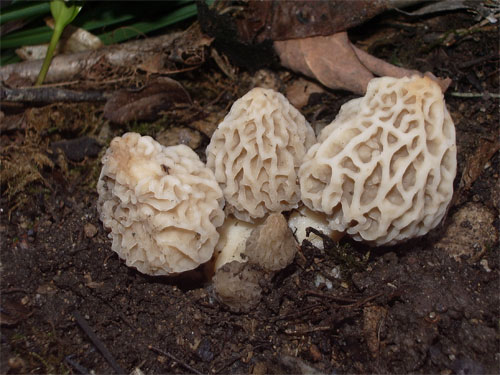 These three pictures were taken in France. The top is a black, and the two bottom ones are yellows. 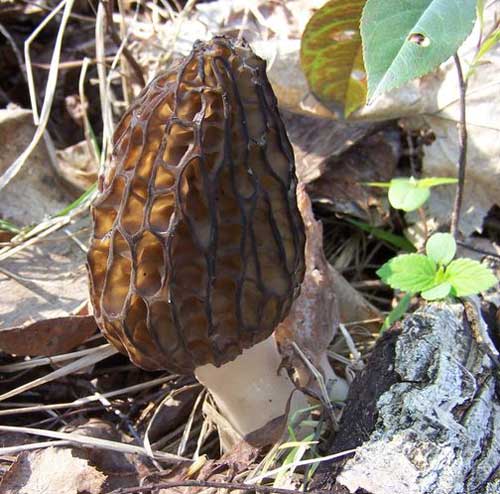 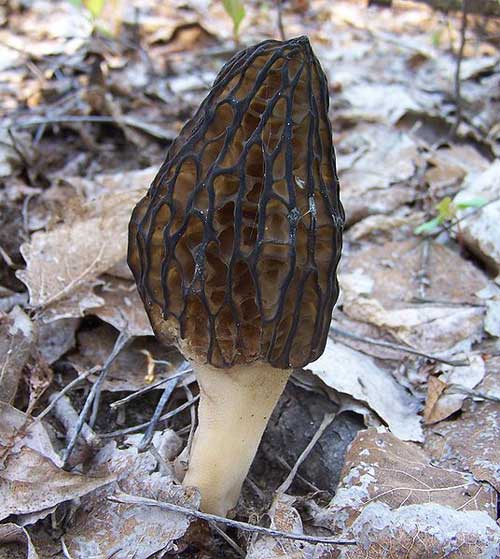 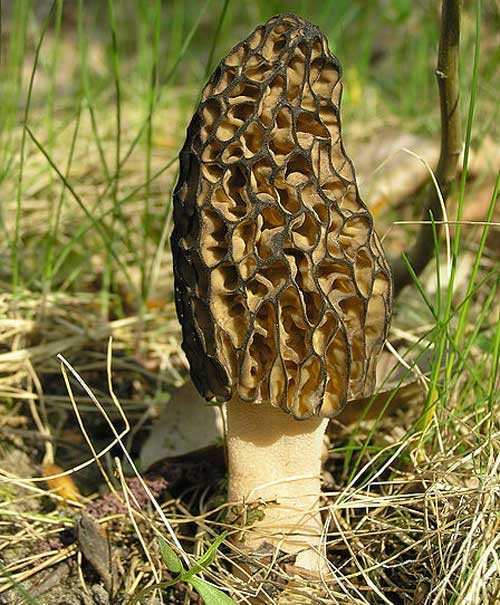 Picture taken by Beantree and is published on Wikipedia under the GNU Free Documentation License.

These three photos were taken in Poland. Take a closer look at the top picture; you can see a smaller immature specimen to the right of the fully-grown one. See how pale a black specimen can be when it’s very young?

The bottom picture is lovely. Note the detail on the cap; you can really see the pits and ridges that define these mushrooms.

Picture taken by Jörg Hempel and is published on Wikipedia under the Creative Commons Attribution ShareAlike 2.0 Germany License.

A black mushroom near Dresden, Germany.

See the other gallery pages for more photos!